Recently we were featured in a fantastic article by HostingAdvice.com.

Below you can find an excerpt from the article.
To read the Full Article Click Here!

Since its launch in 2011, Minecraft has become one of the most successful games of all time — and it continues to grow. The game had more than $200 million in sales and an estimated 126 million monthly players in 2020.

It has also spawned an entire ecosystem of products and services that support gameplay.

“We’re a market within that market,” said William Barlow, Brand and Marketing Manager for MCProHosting. “Not everyone who plays wants a server, but we’re trying to change that because even the word ‘server’ can be a bit intimidating to some people.”

Today, MCProHosting supports many other games, including Valheim and Terraria, with 23 data-center locations across six continents. The company prides itself on a 99.99% up-time rate and serves more than 670,000 satisfied customers.

MCProHosting recently launched its own control panel, moving away from the vendor-supplied solutions it offered for many years. That will give players even more control over their gaming experience.

“We’ve entirely switched over to our own custom control panel, which is getting a really awesome redesign at the moment,” William said. “It’s now live, and we’re looking forward to offering it to more people.”

Thank you again to Jon McDonald at HostingAdvice.com for this well put together article! 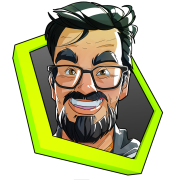 MCProHosting is the world’s largest and leading Game Server Hosting provider. Founded in 2011,  MCProHosting’s mission is to change the industry for the better; we keep this mentality with us every day as we move forward.